In the Spotlight is a series of stories featuring CENTURY 21 Companies and Network members across Canada and the great fundraising initiatives and efforts they have undertaken in support of Easter Seals through the C21 Kids to Camp Program. 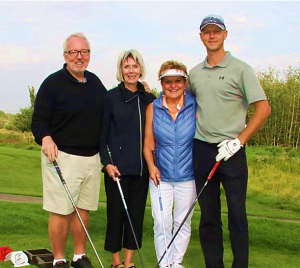 Calgary, April 2019 – A year ago, Blair, Bev and Tiffany Gordon of CENTURY 21 Foothills Real Estate decided that they wanted to start a golf tournament that supported CENTURY 21 initiatives for Easter Seals kids and families. They began investigating dates and locations, started to work on budgets and numbers, and were exploring potential sponsorships for such a golf tournament when they discovered that there was another event in the city with similar goals, but which already had some history and longevity. That was the beginning of their introduction to the committee for the JC Anderson Memorial Golf Tournament.

They quickly struck an amazing partnership with the committee – a fruitful and enduring relationship which continues today. The addition of CENTURY 21 Foothills Real Estate as a major partner on the committee, and dedication from Blair, Bev, and Tiffany elevated the event to even greater heights and resulted in an absolutely resounding success! The event made for a first-class experience for participants, and brought to life the 21 Kids to Camp campaign – through which CENTURY 21 Foothills Real Estate aims to raise enough funds to send 21 kids to camp each year!

Blair and Bev Gordon have been involved in real estate in the Foothills area since 1977. They took on the brokerage in 2004 and will be celebrating the 15th anniversary of their relationship with the CENTURY 21 brand this year. Blair and Bev have always been supportive of their team and the Community, and have been instrumental in creating a culture at CENTURY 21 Foothills Real Estate that mirrors their business and personal philosophies, and honours the path they have forged throughout their journey all these years.

“Mom and Dad are both very committed to the community and community initiatives – qualities which they have instilled in us,” says Tiffany Gordon. “I believe their vision is to create a team atmosphere which is based on meaningful partnerships, friendships, trust, community and culture. They offer an environment for their associates to grow with the business and feel like a part of a family, and they continue to promote and encourage it with their actions. If they are supporting a ball team, a hockey team, or a charity of choice, they are always aware of the community, and that longevity and trust is apparent in the business and culture they create.”

“The new Gordon Family Initiative allows for growth in our community, and also creates an avenue to support Easter Seals in many different ways: Fundraisers, tournaments, sporting events, and now, our 21 Kids to Camp campaign where we will support 6 to 8 golf tournaments a year in the Foothills Area to support the Easter Seals programs at Camp Horizon. Each REALTOR® also has an opportunity to make a donation to Easter Seals with each sale – an initiative which all CENTURY 21 Foothills Real Estate associates have supported and endorsed. Easter Seals creates opportunities for so many kids and youth… we just want to be a part of that circle of encouragement, growth, commitment and support.” – Tiffany Gordon 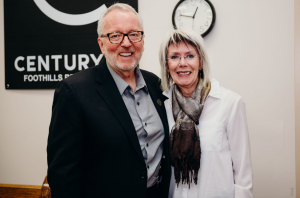 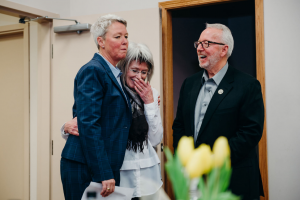 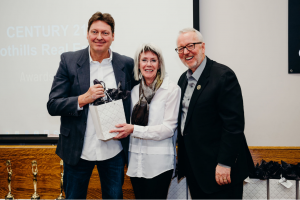 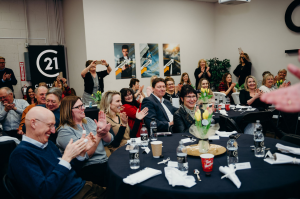 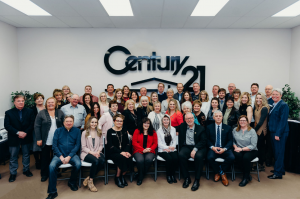 For more information on the C21 Kids to Camp Program (www.c21kidstocamp.ca) or if you have a story to share about your CENTURY 21 Kids to Camp fundraising, please contact: